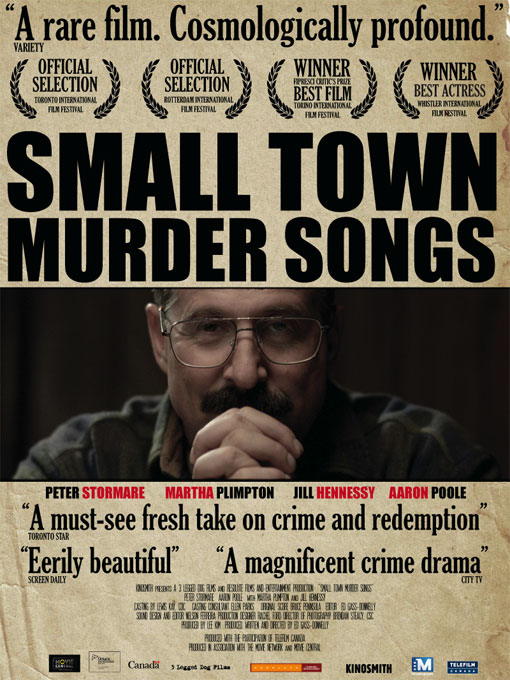 Small Town Murder Songs is a 2010 Canadian crime-thriller directed by Ed Gass-Donnelly. The film premiered at the Toronto International Film Festival on September 14, 2010. The film is written by Gass-Donnelly, produced by Gass-Donnelly and Lee Kim, and stars Peter Stormare, Jill Hennessy, and Martha Plimpton.

The score is comprised of music from Bruce Peninsula, a large choral ensemble that Haverty has been writing and performing with since 2006.

“Much to admire about this carefully drawn but concise character sketch, especially the strong performances and a unique, affectingly ominous score by folk-rock-gospel outfit Bruce Peninsula… The already dense ambience gets progressively heavier as the investigation continues, with Gass-Donnelly keeping a tight grip on the artful compositions. But as strong as those visuals are, what really ends up lingering long after the lights come up, is that Greek chorus of a soundtrack, its fire-and-brimstone, gothic-tinged take on traditional and original spirituals packing an unsettling, pious punch.” – Michael Rechtshafen, The Hollywood Reporter